Someone was knocking on the door.

Then seven years old, Nancy was folding clean diapers for her mother, but her father grabbed her arm and shoved her into the closet. Her father warned,“Get in there and be quiet!”

He then calmly proceeded to open the front door and chat with the local truant officer. The officer’s eyes narrowed as he said, “We heard you have a school-age child? She should be attending school. That’s the law.” Nancy’s father invited the officer to look around the house. Only small children were playing in the backyard, all too young to go to school.

While Nancy should have been going to school, she was held back so she could help take care of her younger siblings. She was not allowed to attend school until her brother, a year and a half younger, was old enough to go to school. By that time, it would be useful to have her walk with him as her parents cared about educating him, but not her.

Nancy was my mother, a talented visual artist and a wonderful storyteller. Though she had won a prestigious state-wide art contest when she was twelve, she didn’t have the opportunity to showcase her talent. When she graduated high school, her parents demanded she stay home and work in the family restaurant even after she won a two-year scholarship to the Corcoran School of Art in Washington, D.C. They told her she’d have to turn it down and support her younger brother’s ambition to attend college. Luckily Nancy had a teacher, who mentored her and got the school to give her a one-year scholarship. Her parents reluctantly accepted.

Unlike my mother, I never had to worry about getting an education because my parents encouraged, nagged, and reminded me I would go to college and have a career. As a young kid, I loved words. I read voraciously and wrote in a diary about the ups and downs of life, my observations of the school yard, the family, and the hurts and crushes of youth. I also noted the snub of classmates who looked down on and intentionally excluded the Chinese girl, the taunt of bullies, and the seemingly innocent remarks from neighbors.

I write for many reasons: free psychotherapy, venting my outrage at social injustice, racism, sexism, and the drive for self-expression. When I was five or six, I remember my tow-headed neighbor, Cathy asking me why I had black hair. She couldn’t understand why I looked different and I didn’t know what to say. At seven years old, my brother and I were playing at the park on a Saturday afternoon when a boy with a crewcut and a mean throw took a bucket of water balloons and started pelting us, chanting, “Ching Chong Chinaman.”

My parents told us when they first looked for our home in the Chevy Chase area of Washington, D.C., the real estate agent told them they would have to get permission from the neighbors. Chinese families just couldn’t buy a house in that neighborhood even if they had the money. There were clauses in the contracts; no Orientals or people of Mongolian descent could buy there, but maybe the neighbors would turn a blind eye. Fortunately, they did and we loved our tree-lined block and our roomy house complete with basement and attic, walking distance to the elementary school.

When I was eight years old, my oldest brother, Bruce, was 18 and getting ready for college. He took a job at McDonalds in Bethesda, Maryland. Because he’d have to take two or three buses to get there, my uncle Edmond loaned him his MG roadster. Bruce drove the sporty MG to his job filling ketchup canisters and became the target of racist coworkers. They didn’t like his fancy car or his future college education. One weekend, when my parents were on a rare holiday in New York, Bruce shook me awake in the middle of the night. What in the world?

Groggily, I got up and stumbled to a window overlooking the back of the house; the MG was engulfed in flames, a firetruck’s yellow lights flashed over and over in the blackness. Bruce pulled me from the window and hustled me out the front door away from the fire. The next day, we sadly looked at what was left of the shell of the car. I could crumble the glass window in my fingers, and I stroked the rough bark of the magnolia tree that didn't survive the fire. I found out our neighbors had seen the fire and called the fire station for us and then called to wake us up. We suspected arson, but as far as I know the fire was never investigated.

Two years later, my parents took us to the city records office for a special event. We were changing our last name from Chin to Chin-Lee. Chin was our paper name, the name my grandfather used when he immigrated to the United States from China. It wasn’t his real name. Chinese people weren’t allowed to immigrate to the United States from 1882 with the passage of the Chinese Exclusion Act until its repeal in 1943. The act was overturned because the U.S. became an ally of China during World War II.

From the 1880s until then while English, Irish, French, Italians, Germans and other white people freely came to the country in the tens of thousands, California Senator Leland Stanford helped pass the act that barred Chinese from coming to the country. The Chinese were forced into ghettos, lynched, and often criminalized. A small quota of a few hundred Chinese could enter the country legally as merchants, diplomats, or students.

My grandfather bought the papers of a Chinese person who had been in the U.S. legally; my grandparents pretended to be people on these papers. A “paper” son, my grandfather and his wife, my grandmother, had to memorize all the details of their papers and they would live in the U.S. under this pretense for decades. Fortunately, both my parents were born in the U.S. and automatically became U.S. citizens. As my grandfather reached his 80s, he asked my father to return to the clan name, Lee, and my father agreed.

By that time my father was already in his 40s and had a thriving medical practice in Washington, D.C.’s Chinatown. It would have been confusing for his patients had he gone from Dr. Chin to Dr. Lee. Somehow, Dr. Chin-Lee was close enough to Dr. Chin that most people could make the adjustment. My dad honored my grandfather’s wish by making Chin-Lee our legal last name, reminding us daily of our country’s harsh immigration laws and treatment of people of color, particularly non-assimilable Asians.

Despite my background, I recognize that I grew up with many advantages, daughter of a medical doctor and Ivy League education. Those advantages have helped me become a writer. As a writer, I’d like to share the stories of my community and others who don’t fit in.

I believe the point of literature is hope. If others can overcome adversity, then maybe we can, too. Because I write from the pain of exclusion, I want my books to be inclusive. Because I often felt like I didn’t belong, I want to welcome and embrace the outsider. 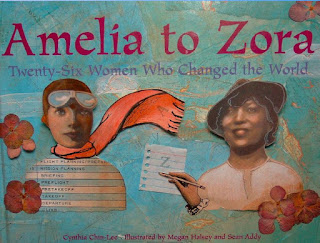 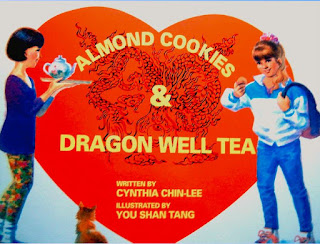 Speaker and author Cynthia Chin-Lee has published 8 books, one non-fiction adult book and 7 children's books, including the best-selling Amelia to Zora: Twenty-six Women Who Changed the World and Operation Marriage (which was also made into a short video available on Youtube). Now retired from a high tech career, she is spending her time as a diversity change agent and freelance writer. You can see her website at cynthiachinlee.com. Cynthia lives in the San Francisco Bay area and likes walking on the beach, biking, and eating delicious vegan foods.